My Games and Design Work

Curated an exhibition of five games for Aalto University. The games were exhibited at the Helsinki Central Library Oodi from 20th September to 29th September with average daily visitors of 500. All game pieces in the exhibition were somehow tied to arts, science or intersection of those two. Two of the pieces were science-fiction games created by Aalto University game design and production masters’ students and two of the pieces were connected to quantum physics – one citizen science game prototype and one to illustrate the concept of superposition. Two of the pieces were presenting DIY hardware art showcasing visitors a trend in game art that is not widely known.

Co-lead with Jaakko Stenros a second group of 13 students from the University of Tampere to form narratives of their game and play histories. The exhibition was continuation of the previous exhibition of the same name and were later combined into one traveling exhibition by The Finnish Museum of Games. The exhibition material was also turned into a book (in Finnish): http://urn.fi/URN:ISBN:978-952-03-0656-4

Line Wobbler in a Beer Tram – A Pop-up Game Exhibition

Organized a two-hour pop-up exhibition in a beer tram in Helsinki, 14th November 2017.  A special tram with a bar was rented for a two-hour ride around Helsinki city center presenting Robin Baumgarten’s Line Wobbler – first time in Finland. The exhibition also contained light art from a Finnish indie game developer Olli Harjola and music from the band From Grotto consisting of several game musicians playing classical instruments as well as GameBoys. Watch the mini-documentary of the exhibition below:

Co-lead with Jaakko Stenros a group of 13 students from the University of Tampere to form narratives of their own, very diverse and rich, game and play histories. The exhibition was the first temporary exhibition of The Finnish Museum of Games at the Museum centre Vapriikki, Tampere Finland 10.1.-1.3.2017. The exhibition material is available for a loan to events and other museums. 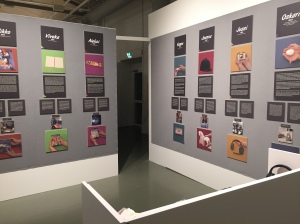 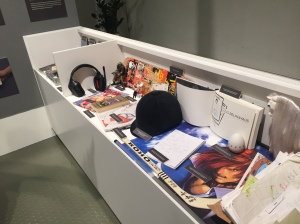 The Finnish Museum of Games

Participated to the committee work of the Finnish Museum of Games. The narrative, collection of games, emphasis and the visuals were discussed in the tight collaboration of seven committee members from museum, University of Tampere (me), game collectors, game journalisim and demoscene. The Finnish Museum of Games was partially crowd-funded and opened it doors to funders on December 2016. The museum opened for wider public in the January 2016. 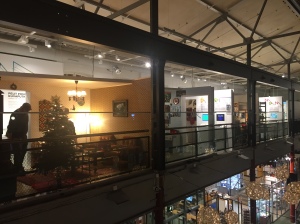 Finnish Games Then and Now – The Praised, The Loved, The Frowned-upon and The Forgotten

Leading a group of students and volunteers to build a pop-up exhibition on the long history of Finnish games all the way from 1918 to 2012. The exhibition was open for six days at the Rupriikki Media Museum and gathered over 1000 visitors around the Finland and the Globe. The exhibition was also turned into a book (both Finnish and English versions).